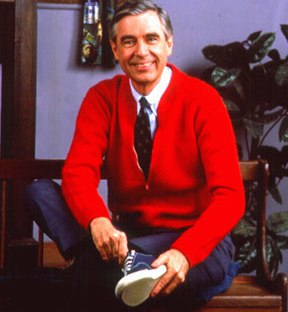 Over the years, I’ve been blogging about people who I have found fascinating with their creativity, and I would like to highlight some of those posts here, to inspire you to continue to work on your creative projects.

For years, I thought that I needed permission or approval to do something creative. Not sure why. I would jot down ideas, keep a million plots for books twisted in my brain, have a shelf of half-completed projects in my house, but I didn’t finish them, and I certainly didn’t show any one anything. Then, two amazing people inspired me. My sister, who started a writing group and kept saying, “what are you working on?” I was in awe at her ability to just work. She said to me, “Ryss, if you need permission, then I give you permission to do projects.” I LOVE her for that. The second was a talk by [then] President Dieter F. Uchtdorf who wrote a talk called “Happiness, Your Heritage” in October 2008. It inspired me at a time when I needed a creative outlet more than anything else in this world.

The desire to create is one of the deepest yearnings of the human soul. No matter our talents, education, backgrounds, or abilities, we each have an inherent wish to create something that did not exist before.

Everyone can create. You don’t need money, position, or influence in order to create something of substance or beauty.

Creation brings deep satisfaction and fulfillment. We develop ourselves and others when we take unorganized matter into our hands and mold it into something of beauty—and I am not talking about the process of cleaning the rooms of your teenage children.

Check out these great reads and I hope that you begin to create today!

And a final word on creation and this post, is our new tagline (that my middle daughter thought of for this site) –

What will you create today?

Creating with my daughters has been enjoyable, but now that they are older – WOW! This is getting good. Stay tuned! 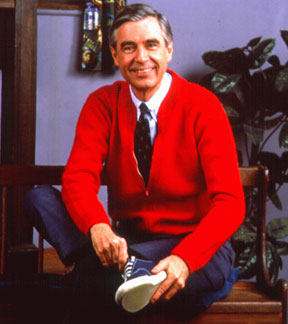 “Fame is a four letter word, and like tape, or zoom, or face, or pain, or life, or love, what ultimately matters is what we do with it.”

Fred Rogers said that at a TV Hall of Fame speech (1999) when he was being honored.  He was a man who effected and changed lives.  He viewed himself as “an adult who takes time to give children his undivided attention rather than as an entertainer” (Suzanne Williams, from the Museum of Broadcast Communications Encyclopedia of Television).

I remember how much I loved Mr. Rogers as a young girl.  I watched him through a very tiny black and white television set.  I’d get frustrated when my brother wouldn’t let me watch the show because he wanted to watch something else.  I loved the Neighborhood of Make-Believe and the fact that they would do plays and operas, and I remember his songs and the way that he helped me to feel good about myself.  So, as an adult, I found a Mr. Roger’s Neighborhood DVD at the library and I checked it out and watched it with my daughter.  I spent the weekend bawling as old memories and emotions were dredged up.  My oldest daughter fell in love with the segments in which he would go to a factory and show how they made things like crayons, paper, and rubber-bands.

As my second child grew old enough to watch, I found out that many of his episodes can be found online (here) and I was thrilled to watch them with her as well.  She loved the songs, just as I did, and we spent many happy afternoons singing them together.  Her favorite song? It’s You I Like (see lyrics to the left).  I think they really spoke to her at that very tender and confusing time in a young, young child’s life.

I found out that Mr. Rogers wrote most of his songs.  He wrote the scripts, created and voiced many of the puppets, and was involved in most of the creative aspects of the show.  His first program was in 1954 and he had a budget of $30.  There are many websites and articles based on his history, but this post will focus on his creative genius, and what he did with it.  He wanted to be remembered as “a compassionate human being … fortunate enough to be born at a time when there was this fabulous thing called television that could allow me to use all the talents that I’d been given” (from an interview by Archive of American Television, found here).

A lot of the things that I learned about his creativity came from a very rare black and white 1967 documentary, that has been put up on YouTube by matchgameproductions.  The entire video can be found here.

In the documentary, it stated that children need the following things:

It also stated that his shows were full of carefully crafted songs, dialogue and thoughts “which communicate the very essence of childhood – not in a commercial sense, not picture-book childhood, funny and cute, but childhood that is both growth and growing pains, wonder and disappointment, as yet unfenced emotions that cause more sorrow than joy… [childhood is] archaic loneliness, sanctuary, total peril, selflessness and utter selfishness, moody withdrawal and reckless abandon.”

This is what he did and wrote and created for the show:

One of the most amazing things that I noticed when watching episodes with my children was the way that people looked at him.  In one segment that he had filmed in the nineties, he went to watch some people doing a dance show with clomping and stomping.  What hit me was the fact that many of the dancers were roughly my age and had been children with the opportunity to watch his program was on PBS.  The looks on their faces as they met and talked with him was pure adoration and love.  Wherever he went, he was loved.  Watch this video to see what I mean.  In it, he is first singing, It’s You I Like with Jeff Erlanger on his show in 1981.  Then, in 1999, when Fred Rogers is inducted into the Television Hall of Fame, Jeff surprises him with a special appearance.  It’s touching, especially Mr. Rogers’ acceptance speech.

“We all have one life to live here on earth, and through television we have the choice of encouraging others to demean this life or cherish it in creative, imaginative ways.”

So said Fred Rogers to a crowd of people in the television business.  We may not be able to decide what’s on the television or in movies, but we can decide what we watch, and how we help our children cherish, live, and explore the beautiful world that we live in.

“A society’s competitive advantage will come, not from how well its schools teach the multiplication and periodic tables, but from how well they stimulate imagination and creativity.” – Albert Einstein